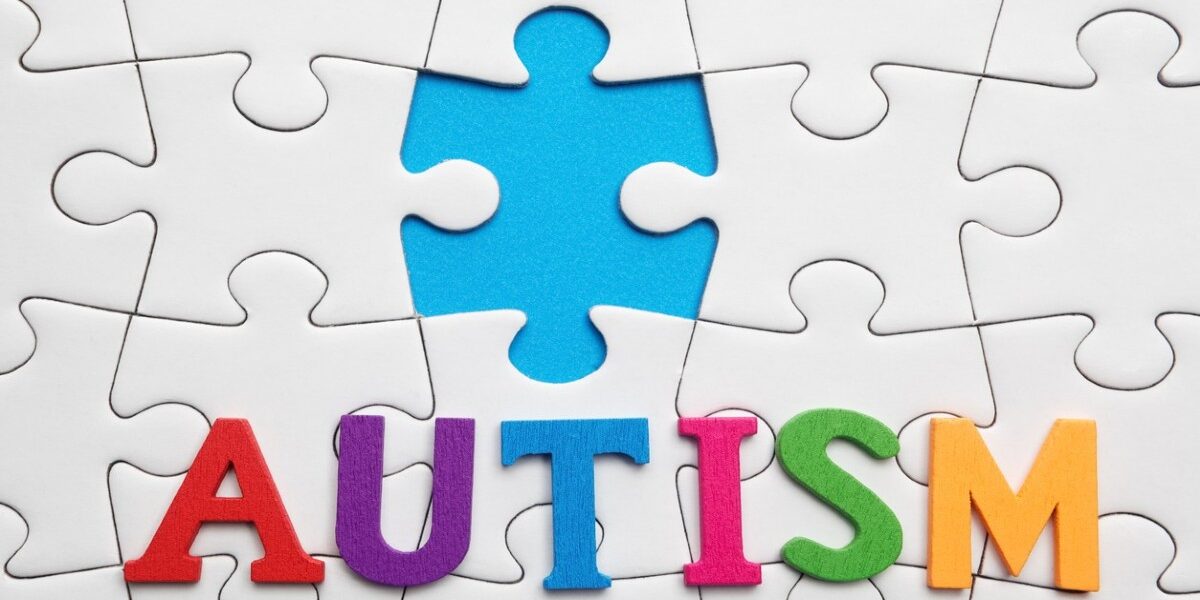 Did you know it is the fastest-growing developmental disorder in the United States! Early diagnosis is critical to obtain early targeted treatment. Dr. Samango-Sprouse reported on a new screening method to detect infants at risk for Autism Spectrum Disorder (ASD).

There are many ways to celebrate Autism Awareness Day. One great way to help show your support and spread autism awareness this year is to wear blue on April 2. Autism Speaks has more information on how you can “Light It Up Blue” and other online events throughout the month of April. Whichever way you decide to support Autism Awareness Day on April 2 remember to help spread kindness and acceptance as well.

According to the CDC’s most recent estimates, the number of children in this country with Autism Spectrum Disorder (ASD) is now 1 in 54. Although most children with ASD are not identified until after the age of four. this disorder may be detected as early as 18 months, but by two years old a diagnosis by an experienced professional is considered reliable. The importance of early detection cannot be overstated since 50% of the children diagnosed at 24 months of age will recover from ASD by 5 years of age.

Several years ago, Dr. Samango-Sprouse reported on a new screening method for the detection of infants at risk for ASD at 9 months of age which is one full year earlier than detection using traditional screening methods. In Dr. Samango-Sprouse’s initial study, two biomarkers helped predict those infants who were at risk for ASD using head circumference and a primitive neonatal reflex called head tilting reflex as two reliable biomarkers in the identification of ASD prior to 9 months. By nine months of age, any infants who were determined at risk for ASD received a complete neurodevelopmental evaluation then confirming the presence or absence of ASD.

Of the 49 infants that displayed abnormal results without a previous diagnosis, 15 were identified at-risk for ASD and 34 at risk for speech and language delay. Of the 15 children who were identified at risk for ASD between 9 and 12 months of age, 14 (93 percent) sustained the diagnosis of ASD confirmed by a pediatric neurologist/clinical geneticist who was blinded to the risk status of the infants at 9 months of age.

“We continue looking at the efficacy of the head circumference and head tilting reflex as a screening tool for these disorders,” said Andrea Gropman, MD, a contributor to the study and Division Chief of Neurogenetics at Children’s National. “As with all developmental delays, especially ASD, the sooner we can identify those children who are at risk, the sooner we can intervene and provide appropriate treatment. In other words, the sooner we identify these delays, the better the outcome for those affected.”

The earlier at-risk infants with ASD, the sooner the infant can receive targeted interventions to reduce the impact of these disorders and potentially foster full recovery, improve outcome. Her screening tool, CASS-i is based on previously published findings on a combination of early indicators of motor, social and physical attributes associated with ASD. With concerted effort, The Focus Foundation continues its study to include two additional biomarkers: turn to the sound of your name and pull to sit. Dr. Samango-Sprouse continues to work tirelessly to identify ASD and other neurodevelopmental disorders at an earlier age.