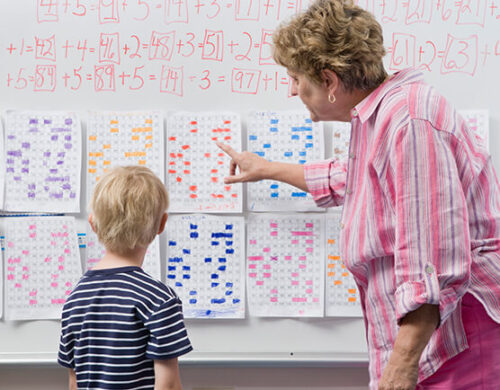 48,XXXY can result from meiotic or mitotic nondisjunction and is often considered a variant of Klinefelter syndrome (47,XXY), although boys with 48,XXXY often display a more complicated neurodevelopmental profile than boys with 47,XXY (Hayek et al., 1981; Gropman et al., 2010; Tartaglia et al., 2011). The estimated prevalence of this disorder is 1 in 50,000 live male births (Linden et al., 1995).

Boys with 48,XXXY may have global developmental delay in infancy. If left unaddressed, early speech delays may later manifest in language-based learning disorders, with expressive language slightly more impaired than receptive. Intellectual ability varies, with cognitive abilities falling between mildly retarded and within normal limits. These boys may be taller than average, with decreased testicular size, and limited forearm rotation. 48,XXXY boys’ personalities have been described as shy, sweet, passive, and nonassertive.

Developmental dyspraxia and other motor coordination difficulties can present in boys and girls with XY variations, yet the degree to which this persists in 48,XXXY warrants further investigation. Ongoing research has preliminarily found delayed independent ambulation, with later persistent difficulties in manual and motor coordination. Further research is warranted, however.

Syndrome-specific Therapy
ARRANGE A CONSULTATION
FOLLOW US ON SOCIAL MEDIA