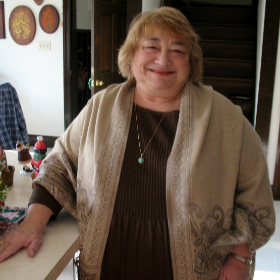 Teresa Sadeghin has been working with young children since 1970, when she became an educator in Prince George’s County, Maryland. After receiving her masters in curriculum development from Bowie State University, Mrs. Sadeghin served on the county’s science curriculum committee for 17 years, wrote curriculum for the Science Math and Technology Integrated Matrix Package to implement and integrate performance-based science tasks, and wrote Internet and applied technology extensions for those tasks. Mrs. Sadeghin was a team writer for the Invention-Innovation-Inquiry Project, which was funded by the National Science Foundation through the International Technology Educators Association. She is certified in Facilitative Leadership Training and Event Planning.

Following her retirement from education in 2000, Mrs. Sadeghin continued working with young people as the Newspapers in Education director at the Sentinel Newspapers. She created, compiled, edited and provided graphics for four weekly newspaper pages targeted at students in order to promote literacy.

In addition to the administrative work she does for The Focus Foundation, Mrs. Sadeghin assists Dr. Samango-Sprouse at the Neurodevelopmental Diagnostic Center for Children, for which she coordinates studies, administers informed consents, serves as a liaison to patients and parents, and organizes specialty programs. Mrs. Sadeghin works closely with families to implement Dr. Samango-Sprouse’s targeted treatments.